You will find some references monthly collected on the web related to the main topics of our communities. This list is not meant to be exhaustive, and you can mention any additional work or text to complete it. These references will be stored after one year in the tab Knowledge transfer / books – publications.

… Detrital zircons from two major rift basins within the East African Rift System
(EARS) provide a means to evaluate not only sediment provenance and landscape dynamics
in sedimentary basins, but also the timing of the silicic volcano-tectonic evolution of the rift …

… The positive low-low spatial patterns were determined around the major
and minor rift valley escarpments both in the west and east of the East African Rift Valley (EARV)
graben and around the stratovolcanoes within the graben. Other potentially toxic elements …

… In this study, the machine learning approach was developed and used to
study the environmental factors controlling the local variability in fluoride concentration in
drinking water sources of northern Tanzania within the East African Rift Valley. The approach …

4 – The principles of helium exploration

… interaction in shaping social cohesion between refugees and host communities
in East Africa. It draws upon ﬁrst-hand quantitative (n… It also suggests that ethno-linguistic
proximity between refugee and host populations is associated with more positive attitudes. In …

… that are traditionally utilised among rural communities, especially in East
Africa, southern Africa, West Africa, and northern and … The need for new propagation protocols
to mitigate the declining wild populations and ensure their sustainability remains pertinent…

… Anopheles stephensi is a malaria vector that has been recently introduced into
East Africa… stephensi populations in Ethiopia to inform vector control strategies. In the present
… by comparing the vgsc gene in the two populations. We found no kdr mutations in the …

… landscape populations of the insect, have been implicated in cassava virus
emergence. Studies have been unable to select from several hypotheses, however, as to the
dynamic drivers of superabundant whitey associated with the emergence in east–Africa of …

… Anopheles stephensi is a malaria vector that has been recently introduced into
East Africa… stephensi populations in Ethiopia to inform vector control strategies. In the present
… by comparing the vgsc gene in the two populations. We found no kdr mutations in the …

… East Africa covers an area of about 6.2 million km2 and, for the purposes
of this book, comprises the countries of Kenya, Tanzania, … Thus, East Africa varies from
wet and cold highlands with remnants of permanent ice through to arid lowlands, from hyperhumid …

… In this study, we analyzed fractional WCCs in East Africa during 2001–2019.
New WC loss hotspots and degradation corridor, which were not captured in global products,
were identified near protected areas and in agricultural lands located close to pastoral and …

… In this perspective, we highlight two recent projects in East Africa that
acknowledged ENACTS early as one component in a broader climate services ecosystem. In
doing so, we illustrate how the social, political, institutional, and cultural systems surrounding …

… Food loss and malnutrition are critical aspects of modern society and a
source of concern especially in developing countries, such as East Africa. The aim of the work
was to provide an eco-sustainable solution to both problems, using an economical and green …

2 – [LIVRE] First People: The Lost History of the Khoisan

… During my stay in East Africa I had the opportunity to visit Maasai homesteads
(manyattas), my first contact with Africa’s pastoral … We also have to consider when the shift
took place from male dominance in society, as seen in the larger non-human primates, such …

… conflict and tension in society leading to break ups of nationhood in various
states in East Africa. The paper isolates two case … effectiveness in reaching out to even the
nonliterate members of the society. However, the researcher also found out that there are other …

… events, discuss about the paleo-geomorphic in study area during the
Mesozoic, and analyze the areas with prospecting potential. … and eastern Ethiopia:implications
for crustal evolution in East Africa[J].Journal of African Earth Sciences, 1998, 26(2):207-227. …

2 – The use of Z-scores to facilitate morphometric comparisons between African Plio-Pleistocene hominin fossils: An example of method

… South Africa and East Africa each have a rich palaeoanthropological
heritage, but the taxonomy of fossil hominins from these regions is controversial. In this study,
two morphometric methods related to the quantification of variability in morphology have been …

… The sediment core from Lake Chamo provides additional results about the
timing and process in East African climate changes during Holocene. This study is significant
because, other than a recent investigation of the physical parameters of Lake Chamo and its …

… Copper-gold deposits are the main types of mineral resources in Northeast
Africa with great metallogenic potentials,and their metallogenic processes are closely related
to the evolution history of Nubian Shield in the east African orogenic belt.Orogenic gold …

5 – Routes to Emancipation in East Africa

… As state power was weak along the East African Coast in the 19th century,
abolition was almost impossible to thoroughly impose, as the British colonizers soon discovered.
In Lamu, Kenya, most slave owners retained their slaves despite the 1907 ordinance, …

4 – Zadok Adolu-Otojoka and Music Education in Uganda: An Oral History

… East African region. Although his career is widely discussed, very little or no
documentation of his celebrated life is available for reference. Therefore, this oral history was
intended to chronicle historical … have inspired many across the East African region to pursue …

MA Leichtman – The Gulf States and the Horn of Africa, 2022 – manchesterhive.com

… To contextualise this recent focus, this chapter will outline the history of relations
… on the long history of relations between Kuwait and Tanzania, the largest East African …
the Human Development Index, has a unique history and foreign policy that led the vulnerable …

… My own approach to working across the East African region and being able
to connect to its’ peoples, places, and history has been profoundly influenced by the voices
I have encountered over the past thirty years working in Uganda, Kenya, and Tanzania. … 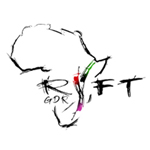